This week, the Texas Department of Public Safety put an addition on the state’s Top 10 most wanted list: David Daniel Boone, a 47-year-old member of the Aryan Brotherhood of Texas prison gang.

Boone is from Cleburne, a town about an hour southwest of Dallas, and is now wanted for alleged aggravated assault with a deadly weapon, assault of a family/household member and violating parole, DPS said in a press release. DPS says he’s considered “armed and dangerous.”

He’s been on the lam since October 2020, when the Texas Board of Pardons and Paroles issued an arrest warrant over a parole violation. Four months later, Boone’s troubles piled up yet more when the Johnson County Sheriff’s Office issued warrants for the aggravated assault and family assault charges. (His bond was set at $200,000.) 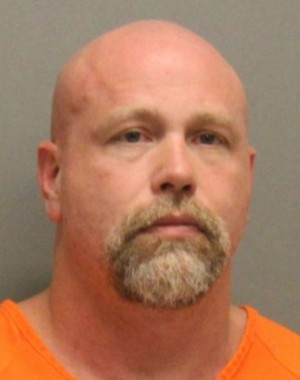 Texas Crime Stoppers has also offered a $7,500 cash reward for tips that lead to Boone’s arrest. He’s spent time in prison over illegal driving and possession of a controlled substance.

In 2008, he was sent to prison for four decades after he was convicted of possession with intent to deliver a controlled substance. In 2014, he was released on parole.

According to the Anti-Defamation League, the Aryan Brotherhood of Texas is one of the largest and most violent prison gangs around the U.S.

It’s unclear how many members the Aryan Brotherhood of Texas has, but as of 2012, the gang had between more than 2,700 and 3,500 members in prisons in Texas and elsewhere, the Southern Poverty Law Center (SPLC) notes.

The gang is founded on neo-Nazi beliefs and has been involved in murders, hate crimes, assaults and drug trafficking, among other crimes.

Last month, the Stone County Sheriff’s Office captured Joshua Whitworth, another Aryan Brotherhood of Texas member who had been on the state’s most wanted list. Whitworth had been wanted for aggravated robbery with a deadly weapon, theft and delivery of methamphetamines and cocaine.

In late 2017, federal authorities scored a victory against neo-Nazi prison gangs when 89 Aryan Brotherhood of Texas and Aryan Circle members were convicted of federal crimes.

“The Aryan Brotherhood of Texas and the Aryan Circle have essentially been decimated in north Texas,” John Parker, then U.S. attorney for the Northern District of Texas, said at the time.

In the mid-1980s, when the Aryan Brotherhood of Texas emerged in prisons, the gang committed 13 murders in one year alone, according to the ADL.