Intel Arc A370M Gaming GPU for mainstream notebooks has been spotted in an Alder Lake-powered PC within the BAPCo database.

The naming scheme of Intel’s Arc Alchemist graphics lineup is no secret now. We have seen several codenames leak out earlier within drivers and a few were also confirmed by Intel during their CES presentations. Now, as we approach the launch of all-Intel-powered notebooks, these GPUs have started showing up in various databases. The latest entry is for the mobility Arc A370M which will be an entry-tier solution for the notebook segment. 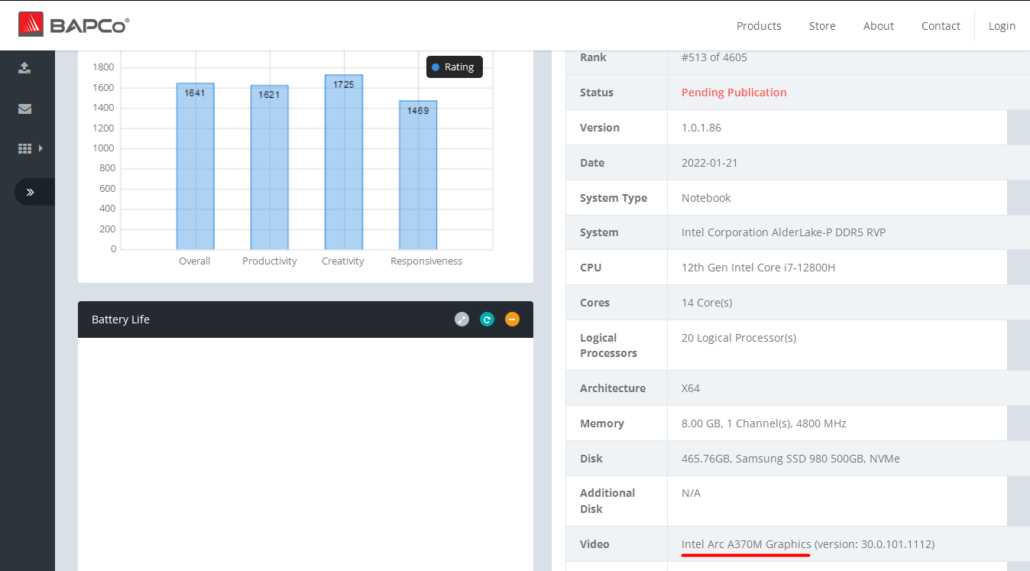 While the specifications of the Intel Arc A370M GPU are not mentioned within the database, we can tell that this chip will be based on the smaller of the two Arc Alchemist GPUs, the DG2-128 or SOC2. This laptop GPU will feature the full DG2-128 design and is likely going to feature 4 GB of GDDR6 VRAM, a 14 Gbps clock speed, and a memory bandwidth of 112 GB/s. The Arc A380M is going to be the higher-end configuration that would also rock the full GPU SKU.

Aside from these specs, the laptop rocks the Intel Core i7-12800H 14 core CPU, 8 GB of DDR5-4800 memory, and 500 GB Samsung 980 SSD storage. The laptop is a reference platform so it is likely not going to hit retail but we know that these laptops were provided to OEMs and have been out in the wild for quite some time now. The performance here is not worth comparing since the benchmark is mostly CPU optimized and GPU performance matters the least here.

The same Intel Arc A370M graphics chip was confirmed by Acer to be featured in its Swift X laptop. The main thing to note is that the Arc A370M is an entry-level chip that will be competing against the entry-level GPUs from NVIDIA (GA107 / RTX 3050 series) and AMD (Navi 24 / RX 6400 & Below). We have seen early performance tests show the Arc A380 on par with a GTX 1650 SUPER and that too with early drivers and clocks so final performance could end up much higher. 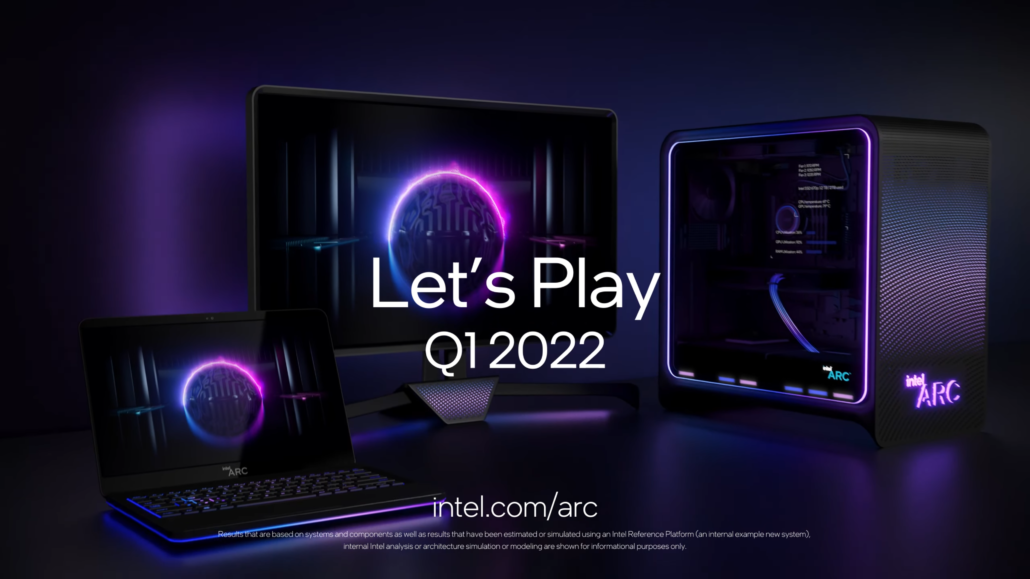 The Intel Arc Alchemist graphics lineup is expected to debut in the next few weeks and we should expect a range of mobility and desktop graphics options for gamers and content creators out soon.