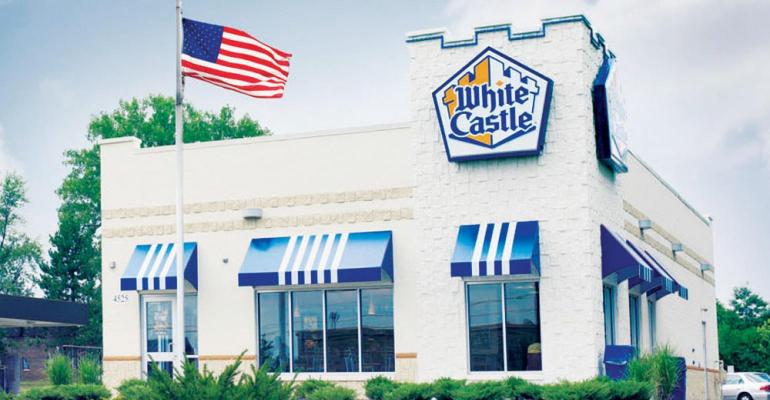 The two Columbus-based fast-food hamburger chains — White Castle and Wendy’s — might be industry competitors, but both have a long history of supporting causes at local and national levels.

Last year, White Castle played a big part in helping a Washington state couple finalize the adoption of a 14-year-old girl from Colombia, South America. Inspired by its supporting role in that adoption, White Castle has donated $10,000 to the Dave Thomas Foundation for Adoption, the organization created by Wendy’s founder Dave Thomas.

The two Columbus-based fast-food hamburger chains — White Castle and Wendy’s — might be industry competitors, but both have a long history of supporting causes at local and national levels.

“We’ve always had a great respect for the Dave Thomas Foundation for Adoption and its commitment to finding forever homes for children in foster care,” said Jamie Richardson, vice president at White Castle. “We’re honored to demonstrate our support for this important cause with a financial contribution.”

Officials at White Castle came up with the idea to donate to the foundation during a recent discussion about the ironic turn of events that led to White Castle’s involvement in an adoption. In 2019, Jana Cruz entered White Castle’s “Winning Waffle Sweepstakes,” part of a campaign to promote the burger chain’s breakfast waffles, which are imported from Belgium. Much to her surprise, Jana won the grand prize — a trip for two to Belgium.

Jana and her husband, Sergio, were scheduled to visit Belgium in 2020, but COVID-19 forced them to postpone the trip. When international travel resumed, White Castle worked with the couple to reschedule the trip in 2021. Unfortunately, Jana and Sergio did not have enough vacation time to go to Belgium. As it turned out, they had begun proceedings in June 2020 to adopt a girl from Colombia and were planning to go to the South American country in 2021 to finalize the adoption.

When Jana explained their situation, White Castle and its waffle supplier, Run-A-Ton, came up with a solution. They offered to swap the trip to Belgium with a trip to Colombia.

Having spent tens of thousands of dollars throughout the process to adopt their daughter, the couple was thankful for White Castle’s and Run-A-Ton’s willingness to send them to Colombia.

“We are incredibly grateful for what White Castle did to help with our trip to Colombia to complete our adoption,” Jana says. “We were having yard sales, selling crafts, and raffling items to help bridge the gap between what we had saved and what we needed. Having this trip paid for was absolutely beyond what we could have imagined.”

Jana, Sergio and their 4-year-old son, Adrian, flew to Bogota in September 2021, where they picked up 14-year-old Natalia from the orphanage in which she had been living. After several weeks of completing more paperwork and securing a new passport and visa for Natalia, the Cruzes were able to bring their new daughter home in mid-October.

“When we learned that Jana and Sergio were in the process of adopting their daughter, it was an easy decision to swap the Belgium trip for a trip to Colombia,” Richardson said. “As a family-owned business, we have a genuine appreciation for family. That love of family sits at the core of everything we do. That’s why we were honored to be a part of the Cruz’s family journey and to support an amazing organization like the Dave Thomas Foundation.”

White Castle, America’s first fast-food hamburger chain, has been making hot and tasty Sliders as a family-owned business for 101 years. Based in Columbus, Ohio, White Castle started serving The Original Slider® in 1921. Today, White Castle owns and operates more than 350 restaurants dedicated to satisfying customers’ cravings morning, noon and night, and sells its famous fare in retail stores nationwide. The Original Slider, named in 2014 as Time magazine’s “Most Influential Burger of All Time,” is served alongside a menu of creatively crafted Sliders and other mouthwatering food options, including White Castle’s Impossible™ Slider, named by Thrillist in 2019 as the “Best Plant-Based Fast-Food Burger.” White Castle’s commitment to maintaining the highest quality products extends to the company owning and operating its own meat processing plants, bakeries and frozen-food processing plants. In 2021, 100 years after the first Slider was sold, Fast Company named the fast-food pioneer one of the “10 Most Innovative Dining Companies.” White Castle is known for the legendary loyalty of its team members, more than 1 in 4 of whom have worked for White Castle for at least 10 years, and also for its faithful fans (“Cravers”), many of whom compete each year for entry into the Cravers Hall of Fame. The official White Castle app, available at iTunes App Store or Google Play, makes it easy for Cravers to access sweet deals and place pickup orders at any time. They can also have their orders delivered using one of White Castle’s delivery partners. For more information on White Castle, visit whitecastle.com.