William Borland becomes the first player to secure victory with a nine-darter in a PDC televised tournament; the Ally Pally debutant will meet 15th seed Ryan Searle for a place in round three on Wednesday 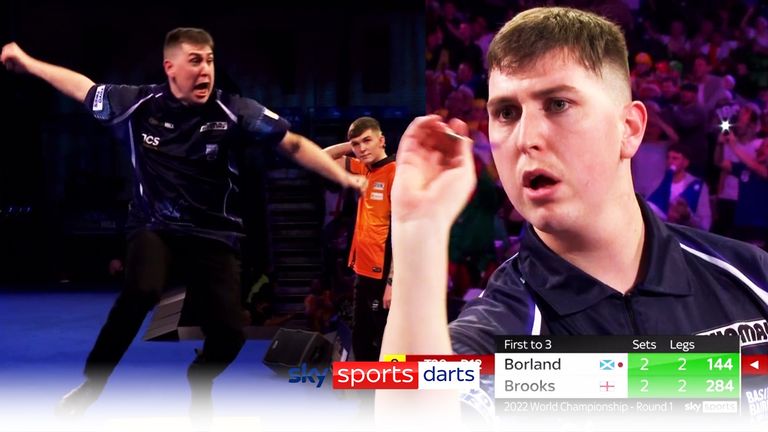 William Borland beat Bradley Brooks in the first round of the World Darts Championship with a nine-darter!

William Borland beat Bradley Brooks in the first round of the World Darts Championship with a nine-darter!

William Borland hailed “the best night of my life” after he landed a sensational nine-dart finish to secure a thrilling victory over Bradley Brooks on his Alexandra Palace debut on Friday.

The 25-year-old produced a blistering display to edge out former World Youth champion Brooks in a captivating last-leg decider, but he saved the best until last.

Brooks had fought back from 2-0 adrift in the final set to force a sudden-death leg, but Borland sealed the deal in fairytale fashion, following up visits of 180 and 177 with an inspired 144 checkout to complete the nine-darter.

That sparked jubilant scenes of celebration from the Scot, who became the first player to clinch victory with a nine-darter in a PDC televised event. 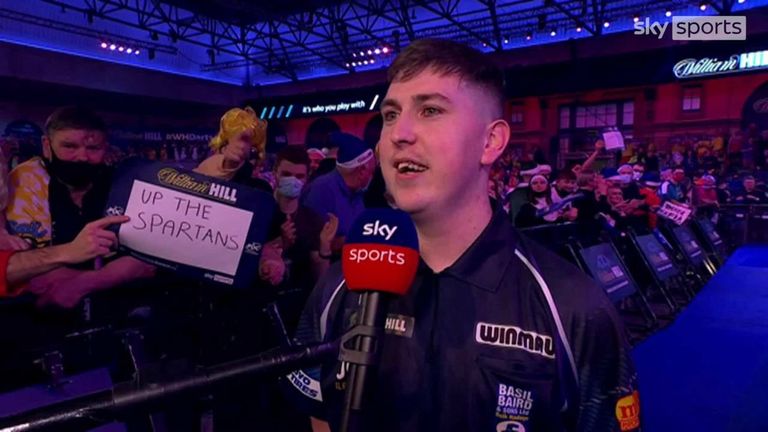 Borland is the ninth different player to achieve perfection at the PDC World Championship, with Raymond van Barneveld and Adrian Lewis boasting two nine-darters apiece in the sport’s showpiece event.

“Honestly, this will go down as the best night of my life,” a shellshocked Borland told Sky Sports.

“I just wanted to win the leg because Bradley had done well to come back there, and I was a wee bit nervous.

“I was on it [the nine-darter] against Joe Cullen in Salzburg and I was just like, ‘don’t do what you did the last time’, and then it went in.

“To hit the nine-darter was just unbelievable. I am loving it!”

9-darter to win the game, that happened 19 times before. But never on a big stage on TV!

It was a fitting way to cap off an exhilarating affair between two of the most exciting talents in the sport.

Brooks had drawn first blood with a stunning 112.73 average in the opening set, but Borland came roaring back to win the next two, before converting a sparkling 148 finish to seize command in set four.

‘Bam Bam’ responded with a majestic 134 skin-saver followed by a 98 kill to force a fifth and final set, but Borland was undeterred, conjuring up a magical 130 on the bullseye to close in on victory once more.

Brooks refused to relent and reeled off back-to-back legs to force a decider, but the 21-year-old was rendered helpless as Borland delivered one of the most iconic moments in World Championship history.

“It is great to be here. Obviously I have played in a couple of TV events before. I played some good darts and I’m glad to hit the nine-darter as well,” added the man from East Caulder.

“It is a privilege to hit a nine-darter anywhere, and to hit it on the biggest stage of them all is just unbelievable.”

Borland underlined his credentials with victory over Simon Whitlock at the European Championship in October, and he also boasts Pro Tour wins over Michael van Gerwen and Gary Anderson on his growing resume.

The debutant is now assured of retaining his PDC Tour Card, and he will take on Players Championship Finals runner-up Ryan Searle in a fascinating second-round showdown on Wednesday. 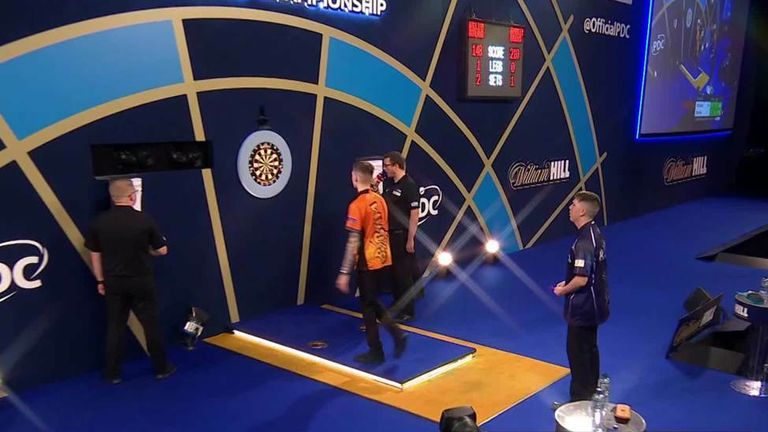 “It was kind of scrappy from myself, and then Bradley had a couple of bad legs and I was just thinking to myself, ‘keep going, keep going, I’m scoring good, let’s see what happens’.

“Bradley played a terrific game there. We both struggled at times, and I feel that I just did the right things at the right time to get over the line.

“So, it is on to Wednesday against Ryan Searle, and I cannot wait now.”

Join us for the World Darts Championship at Alexandra Palace on Sky Sports Darts across 16 days of action. Check out daily Darts news on skysports.com/darts, our app for mobile devices and our Twitter account @skysportsdarts